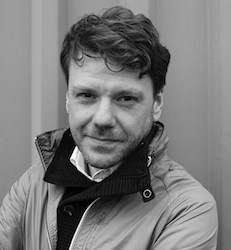 Oliver Schick was born in 1969 in Darmstadt and studied product design at the HBK - University of Fine Arts and Design in Saarbruecken. After graduating, he worked freelance for several studios and in 2005 he founded his own studio with a focus on furniture, lighting and interior design and has since worked for companies such as Ligne Roset and Skandiform.

"My aim is to design products with character that are timeless and easy to comprehend. Often, only minor changes or unexpected details are needed to give a product a lively character which sparks the associations and emotions of the user." His Ronde Pendant clearly echoes this philosophy, with its understated yet effectual details.

The Ronde Pendant is Oliver Schick's first product for Gubi. The bell-shaped piece has reference to the traditional pendant lamp and the heyday of 1970s lightning design; however, in a modern interpretation.

A unique detail is the opening on the top with an overhanging collar that reminds of a jar such as a vase or an amphora. The mainly downwards directed light from conventional pendant lamps does in this design also spread out of the spout-like opening and casts a smooth light gradient at the wire and ceiling. The hand-turned aluminum lamp shade with an ultra-matt lacquer almost makes it look as if it was made of ceramics.

Ronde is in several languages the word for round, circular or rotating but it is also the flat blank used for metal spinning technique, which is rotating around a mould core and shaped to a 3-dimensional body.